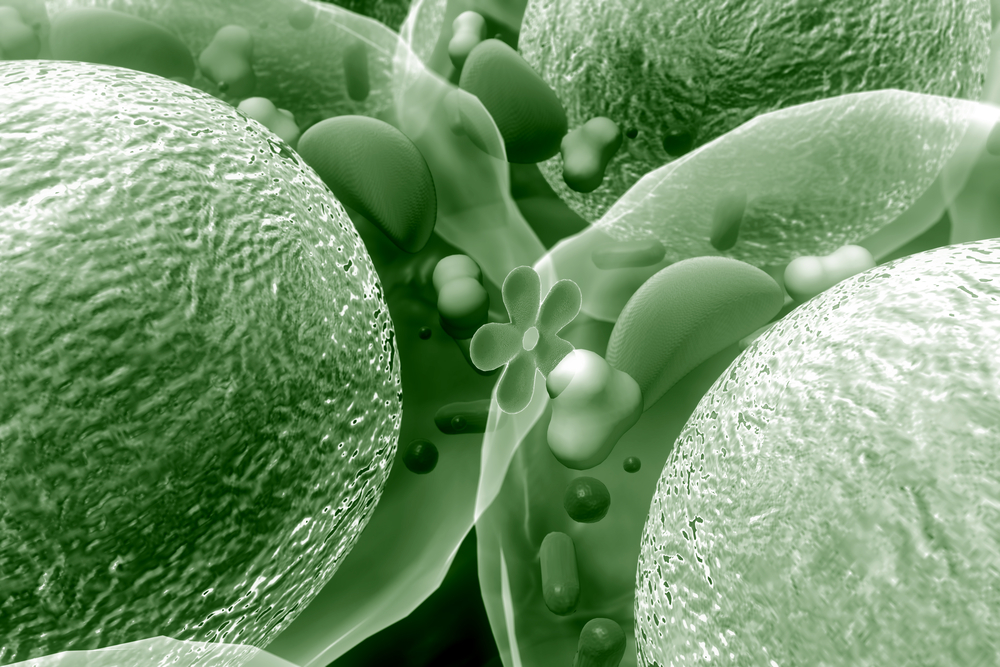 You want to lose weight, but it’s a feat easier said than done. Healthy eating habits, exercise routines, and other favorable lifestyle habits either don’t work or elude you because of fatigue and daily demands. But you no longer need to try and go it alone. Hormone pellets available from Herrera Medical Group in Lewisville, TX, can safely and effectively help you shed unwanted pounds.

No matter how many times weight loss is explained, or how many different methods we’re provided with, it remains a tricky process. This is especially true as we get older, when hormonal imbalances become quite common. Many people experience this condition in their 40s and 50s, but it can occur at any age. And unwanted weight is usually related to, if not a direct effect of, hormone deficiencies.

To be more specific, we’re talking about the sex hormones. Increasing evidence suggests that in both men and women, low levels of estrogen or testosterone may cause or contribute to lost muscle mass and increased weight. Hormone replacement therapy (HRT) – including that administered as pellets that dissolve within the skin – may combat this weight gain and ultimately help you feel better.

How can a hormone responsible for sexual health influence weight? The answer to this is multi-faceted. Testosterone helps manage metabolism. This is why in youth, men tend to be thin and fit without much effort. This hormone also provides energy, assists with concentration, and helps maintain stamina. As levels gradually wane, men tend to feel more tired and less energetic.

Researchers from Boston University School of Medicine have found that when provided to men with deficiencies, long-term testosterone therapy can:

Another study found that over a period of 10 years, HRT helped men lose 20.3 percent of their baseline weight and reduce their waist circumference by almost 5 inches. Untreated men, on the other hand, gained nearly 4 percent of their baseline weight and increased their waist size by nearly 2 inches. HRT is also shown to reduce the risk of heart attack, stroke, and death.

The Impact on Women

Time and again, science has proven fluctuating estrogen levels as happen during perimenopause and menopause are indeed tied to weight gain. This is not to say that all women over the age of 45 gain weight because of hormonal imbalances; a variety of factors can contribute, including a sedentary lifestyle, poor diet, and stress. But it is widely known hormones promote obesity and influence the way body fat is distributed.

In addition, perimenopause and menopause can cause symptoms that lead to behavioral changes and subsequent weight gain. Insomnia, for instance, makes it difficult to remain active during the day. Swift mood changes can interfere with a woman’s motivation to exercise and/or eat healthily. And night sweats can disrupt sleep and cause further weight gain.

HRT is known to relieve many symptoms brought by perimenopause and menopause, can facilitate weight loss, and support weight management efforts. A study revealed that HRT in women between the ages of 50 and 80 led to significantly lower BMI and fat mass index. But, when HRT was discontinued, the patients gained weight and also saw significant changes in their BMI.

A number of studies have also highlighted the role of HRT in reducing cardiovascular risks, insulin resistance, and abdominal obesity. This therapy is further associated with benefits like:

Hormone pellets have a history that is more than 80 years old. The practice was developed in Europe during the 1930s, and Dr. Robert B. Greenblatt introduced the therapy to his U.S. colleagues in 1939. Today, pellets are recognized as safe, effective, and natural for both men and women.

How does it work? A small incision is made in the skin, and pellets approximately the size of a rice grain are placed through the incision. This provides a sustained hormone supply over time, although the release is affected by such factors as physical activity. When you exercise, for instance, increased blood flow causes the pellet to release more hormones; the same is true when you experience emotional stress to provide a very natural effect.

Hormones released by the pellets are deposited directly into your bloodstream, just like those produced by the body. Keep in mind the goal is to provide those hormones the body no longer sufficiently produces. We achieve this by first identifying which hormone is deficient and then replacing it. The dosage is similarly based upon an assessment of your symptoms and overall health.

Each pellet is made almost entirely of hormone(s), so no residue is left once the pellets are absorbed. Because the pellets release a steady supply of hormones, they prevent the roller coaster effect caused by many other HRT methods – such as gels and skin patches. And hormone levels remain constant throughout the day for up to six months, or until the body has completely dissolved the pellet.

Hormone pellets provide a much more integrated approach to hormonal imbalances than previous therapies. They allow hormones to be released over time in a way that harmoniously works with the body and provokes optimal responses. Male patients often experience rapid results that include improved strength, sexual functioning, and concentration. Women similarly benefit from a rapid hormonal rebalance that eases most symptoms of menopause.

In general, each HRT session is the same. We’ll start by asking about your symptoms and tracking your improvements. Honest answers to these questions will tell us if we need to adjust your dosage amounts. Remember that some people respond to treatment more quickly than others, so if it takes a little longer for you to feel improvements than your friend or neighbor, don’t despair.

We’ll then proceed into specific steps. First is cleansing the incision site, likely to be either the hip or buttock area. Once we have cleaned the skin, we will apply a local anesthetic to ensure your comfort. Don’t worry – we won’t proceed until we’re certain the incision site is properly numbed.

Because the pellets dissolve into the bloodstream, each session requires that a new one be inserted under the skin. This typically takes just a few minutes, and you can expect your whole appointment to last no more than 30 minutes. Much of that time is spent discussing your current health and waiting for the anesthetic to take over.

Once you’re able to go home, we’ll provide just a few post-treatment guidelines. A bandage may be applied to the injection site, and you may need to wash the area with warm water and soap for one or two days. You’ll need to avoid strenuous activity for several days – we’ll provide additional details at your appointment – and other recommendations will be made on an individual basis. Most patients resume normal schedules within a week.

As explained earlier, most patients feel the effects of HRT very quickly. Some patients report improved symptoms in as little as one to three days. On average, however, the benefits take up to two weeks to develop. Factors like your body, treatment dosage, and lifestyle habits will factor into how quickly you respond. You can support this process by combining HRT with exercise and a healthy diet.

A Deeper Look at Hormones and Weight

Hormones help facilitate communication. They deliver messages from cells in one part of the body to those in another that prompt specific actions. But hormone levels start to decline around age 30, and as we produce fewer of these messenger molecules each year, the signals they transmit likewise become increasingly less effective. Some of the messages delivered by hormones include directions for:

In short, our bodies become less efficient at cellular levels as we age. This explains the physical and psychological decline so many people experience over time. It also provides a glimpse as to why weight gain becomes markedly easier in later years.

The Hidden Facets of Testosterone

In men, low testosterone levels are directly linked to low muscle mass. You can continue going to the gym, performing crunches at home, and lifting weights, but without testosterone, you’ll struggle to build and maintain muscle. And muscle plays a role in regulating weight; it demands more energy to maintain and therefore burns more calories.

With a drop in muscle mass, your metabolism also slows. This paves the path for stubborn pounds you cannot lose despite your best efforts. In addition, fat cells act much like other cells, sending signals and secreting chemicals that influence the rest of your body. To illustrate, fat cells release an enzyme that converts testosterone to estrogen. An imbalance between these two hormones increases body fat, especially around the middle.

We’ve established that testosterone increases body fat. In turn, this excess fat impairs the body’s ability to effectively produce and use testosterone and only reduces levels that are already too low. You can therefore see the vicious cycle that ensues once testosterone levels begin to wane.

Estrogen and the Female Body

Estrogen is responsible for ensuring female reproductive organs function at optimal levels. It also encourages fat storage during a woman’s reproductive years to support a potential pregnancy. When estrogen is balanced, the body maintains only the fat it needs (assuming exercise and diet are consistent). But an imbalance of too little or too much estrogen – a hormone that naturally seesaws – can quickly lead to weight gain.

To be clear, estrogen manages several mechanisms surrounding weight gain, including insulin sensitivity and metabolism. Low levels cause weight gain throughout the body, high levels cause extra pounds around the hips, thighs, and abdomen. When we speak of estrogen as being off, we do so in relation to progesterone; these two chemicals help balance each other both in quantity and function. An imbalance in one naturally leads to an imbalance in the other.

Hormone pellets provide sustained levels of hormones throughout the day much like the body does. They complement natural processes to help you lose stubborn fat that often occurs in later years. Additional benefits of treatment include greater stamina and energy, improved sexual health, and increased cognitive functions. Call Herrera Medical Group in Lewisville, TX today to schedule your consultation.